The Michiana Astronomical Society is an Astronomy club based in the South Bend/Mishawaka Indiana area. We meet in the third Thursday of the month @ 7:00PM. Meetings take place at the Centre branch of the South Bend library located at 1150 E Kern Road South Bend, IN 46614.

If you are going to join or renew, please email me and I will send you my address. I have been making very limited trips to the P.O. Box during these Covid times. I would prefer you send your checks direct to me.  treasurer@michiana-astro.org

Feburary meeting will be held virtually via WebEx. Invitations where sent out via the MAS Google Groups email to current club members.

Thursday, Feburary 18, 2021 7PM-9PM (Eastern)
Webex Virtual Meeting
The meeting starts at 7:00 PM and will be held via Webex.
Note that all recent club members with an email address on file will receive a Webex invitation via email.  If not, please request one by contacting Bruce.

To order: Contact Linda Marks and Steve Accuosti at  information@michiana-astro.org 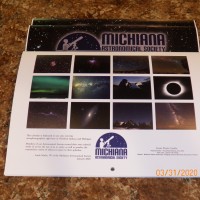 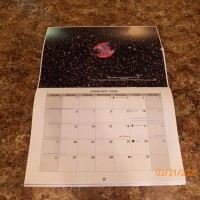 Indiana Dunes National Lakeshore is having a stargazing starting on Saturday January 26, 2019. The program will take place at the Kemil Parking Lot, near Beverly Shores, one of the Dark Sky Communities. That location is one of the darkest spots between Chicago and Michigan City. The address to plug into gps is "Kemil Beach, Beverly Shores, IN 46304, or GPS Coordinates - 041.40.39N 087.00.35W.

Stargazing will continue at the Indiana Dunes National Lakeshore Kemil parking lot, on the fourth Saturday of the month in 2019.

Stargazing will continue at the Indiana Dunes National Lakeshore Kemil parking lot, on the third Saturday of the month in 2020.  Note: This is a change for 2020.

2021 - Suspended due to COVID-19 precautions until further notice.

The program is weather dependent, so check back the Saturday of the event.  Here is wishing you Clear Skies! 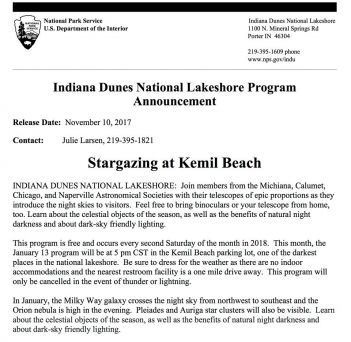 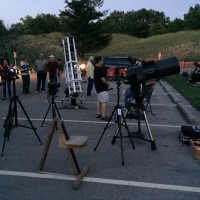 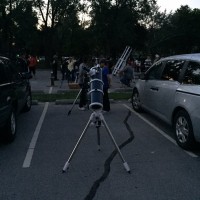 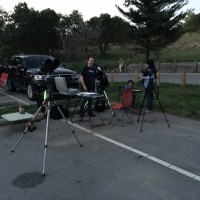 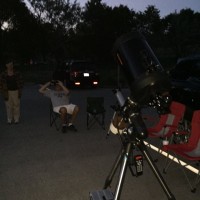 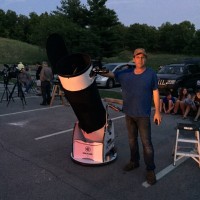 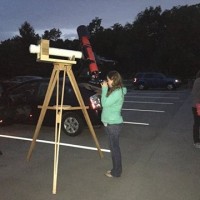 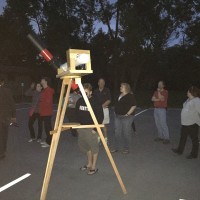 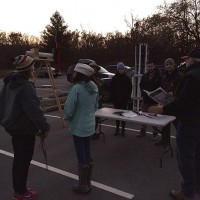 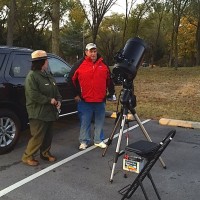 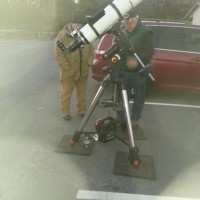 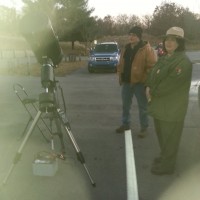 TBD - Potato Creek Astronomy Program  (Potato Creek State Park) - Cost: The event is free, but there is a cost to enter the state park.

On scheduled Friday nights we observe from the campground Site 211, from dusk until 11 pm. - Suspended due to COVID-19 precautions

On scheduled Saturdays Linda shows a powerpoint and then we do a hands-on paper project at the Nature Center from 2 pm to 3 pm. When the sun is shining, we show folks views through solar telescopes, after the main program.

On a scheduled Saturday nights we do our observing normally at the Whispering Winds site near the Nature Center (you have to pass the sign on the way in). We arrive one hour before sunset to set up.- Suspended due to COVID-19 precautions

The programs are weather dependent.

This is from Roanna Hootten, of the New Carlisle Library:   "Because of the ever changing nature of Covid, we are postponing in person August/September programs."   So we are looking forward to trying to do this event next spring. Stay tuned! Keep enjoying the views through your own telescopes.

Our Universe Revealed - Physics for Everyone

Following on from my previous message and the responses from our attendees, all of our planned public talks for this semester will now be streamed live online rather than being held in person. These can be accessed on Youtube as well as on Zoom using the connection details below:
Our Universe Revealed Youtube Channel - https://bit.ly/2WqK1jq
Connect using Zoom (instructions for how to install the Zoom client and connect to the talk can be found at https://bit.ly/2xbGZVs) - https://notredame.zoom.us/j/724722144 (Meeting ID is 724-722-144).

We will aim to follow our usual event format with a 30-40 minute presentation followed by time for audience questions. Questions can be asked through both Youtube and Zoom platforms at any time during the talk and we will collate and respond to them at the end of the talk.

I want to take this opportunity to thank you for your continued support with the series in these challenging times. Through the power of technology we will do all we can to keep educating our students, our neighbors and the Notre Dame community whether close by or further afield.

If you think this and our other events would be of interest to any of your friends, family or colleagues, please feel free to forward this email on to them so they are able to join us.

Note: Due to limited space, Tickets are required for some events but are typically free of charge.

Step out, look up: a guide to local summertime stargazing

A recent article in the South Bend Tribune about local Stargazing. Click here to read it: (July 26, 2018 SBT article) 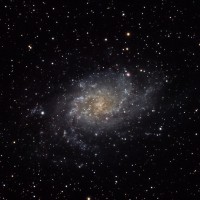 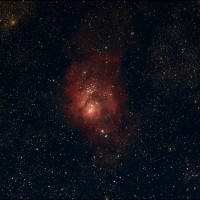 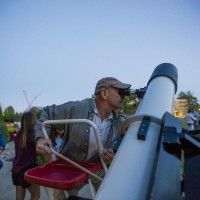 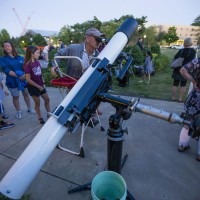 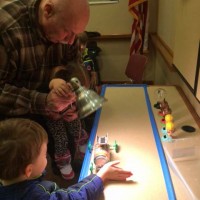 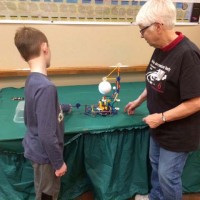 Many thanks to our previous officers and their service to the Michiana Astronomical Society, it members and the community.

Note on Meteor Showers: These dates are the times of peak occurrence, you can actually see some a few days before and after these dates. 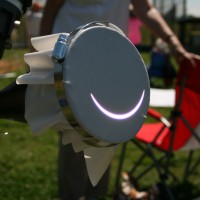 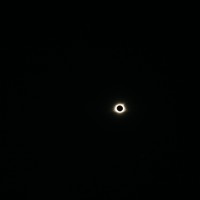 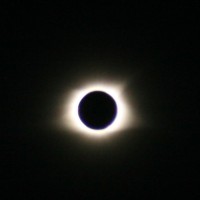 For additional information on the Eclipse, be sure and visit NASA's Eclipse web site. 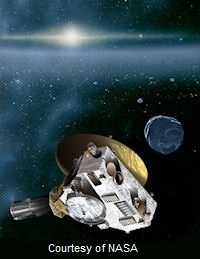 If you have come here looking for information on the MAS8 Star Party, you have come to the right place. It can be found on the MSP8 page. You can also find the information located on our ex-presidents web site Nightwise.

Can you find these galaxies in the sky?

We are a 501c(3) non-profit organization. All contributions are tax deductible.